While banks, being an essential service, remained open even during the lockdown, many people became wary of visiting branches and turned to digital alternatives. “We have seen a healthy growth of around 40% in overall consumption of digital services like online fund transfers and bill payments through our mobile banking app,” said Virat Diwanji, group president, retail liabilities and branch banking, Kotak Mahindra Bank.

Banks are fast adapting to this new reality, even for services, such as opening a bank account, that traditionally required customers to visit a bank. While some banks already had digital account opening options available, more are joining the bandwagon. The latest one is Axis Bank Ltd, which launched its Full Power Digital Savings Account on 31 August.

We take you through the basics of opening a digital savings account and what you can expect. 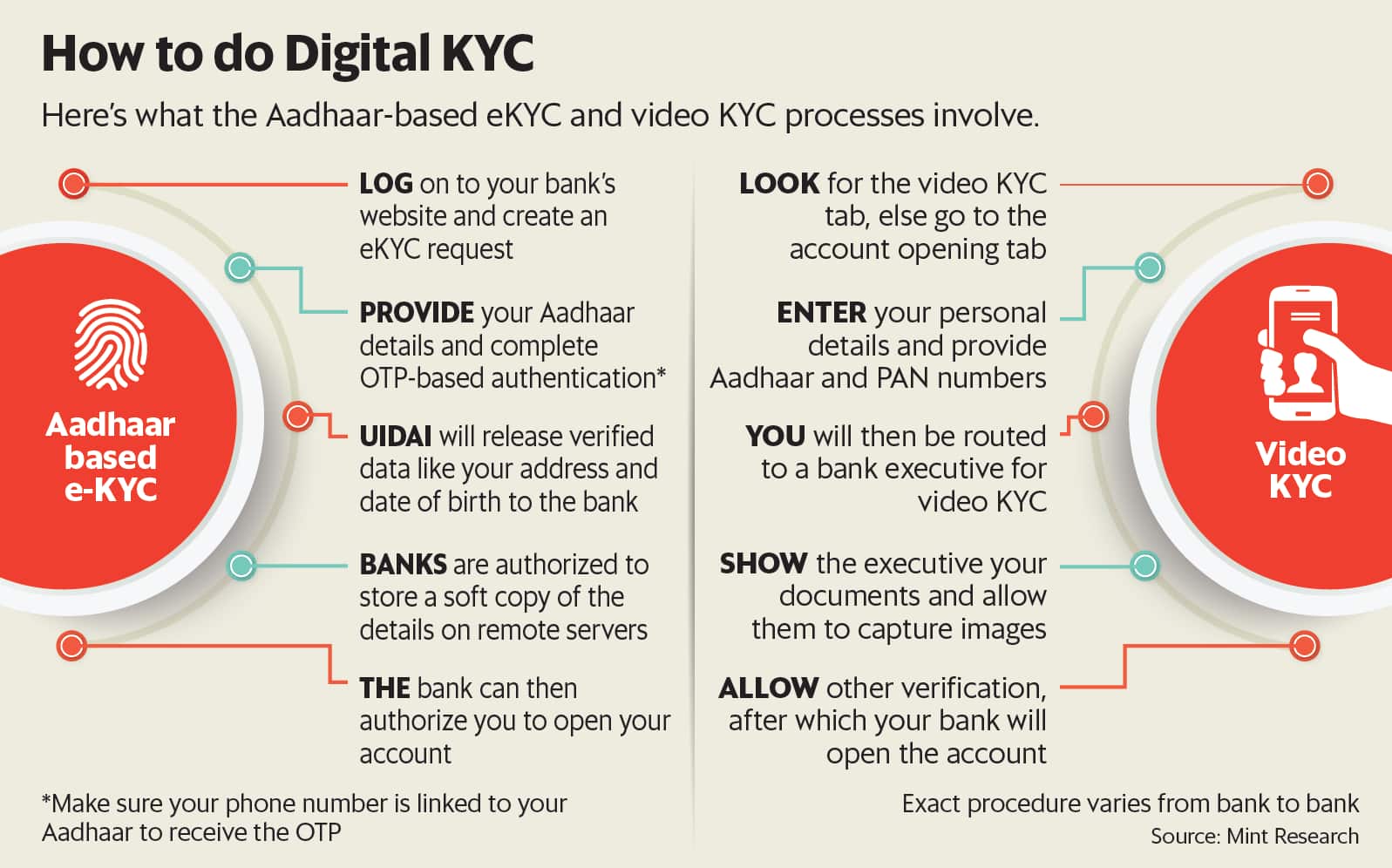 Banks are giving digital account opening a thrust. “In the April to June quarter, more than 212,000 digital savings accounts were opened. Keeping in mind the need of the hour, we launched the Full Power Digital Savings Account, which can be opened instantly with video KYC,” said Sameer Shetty, head, digital banking, Axis Bank. The account also gives customers a virtual debit card, which they can use to start transacting immediately.

Remote account opening has the added advantage of not submitting physical documents, according to Adhil Shetty, CEO, BankBazaar. “They are ideal for anyone who would like to open a savings account as it lets you complete the formalities online and get an operational account in minutes,” he said.

To open a bank account, digital or otherwise, a customer is required to complete the know your customer (KYC) formalities. It involves verification of the individual’s identity, address and other details.

eKYC: If you want to avoid going to the bank for the time being, eKYC is what you can look at for opening an account. “There are two types of digital accounts, opened via Aadhaar-based eKYC and full KYC. OTP-based eKYC can be seen as an intermediate step aimed at expediting the process of opening a loan or savings account,” said Adhil Shetty.

While you will be able to open an account through eKYC, you’ll need to convert it to a regular one by completing the detailed KYC in a year’s time. If you fail to do so, the account will get frozen. There are other restrictions too. “The total amount in an account at a time can’t exceed ₹1 lakh and the total amount credited to the account in one financial year can’t exceed ₹2 lakh,” said Adhil Shetty.

Video KYC: To complete full KYC, you would typically require to visit a branch. But banks are easing up this requirement as well by replacing it with video KYC…Read more>>