Special trains to be cancelled from March 31? Check what Indian Railways has to say

New Delhi: Amid the recent reports about the special trains going to be cancelled from March 31, the Ministry of Railways on Monday (March 15, 2021) said that these news reports are ‘purely misleading’ and ‘not based on facts’.

The Indian Railways informed that the wrong news clips are being circulated on social media platforms and said that they have not made any such announcement.

The Ministry of Railways in an official statement said, “Kindly refer to some news report in social media that Railways is going to cancel its trains which are currently operational from 31st March 2021 is purely misleading and not based on facts.” 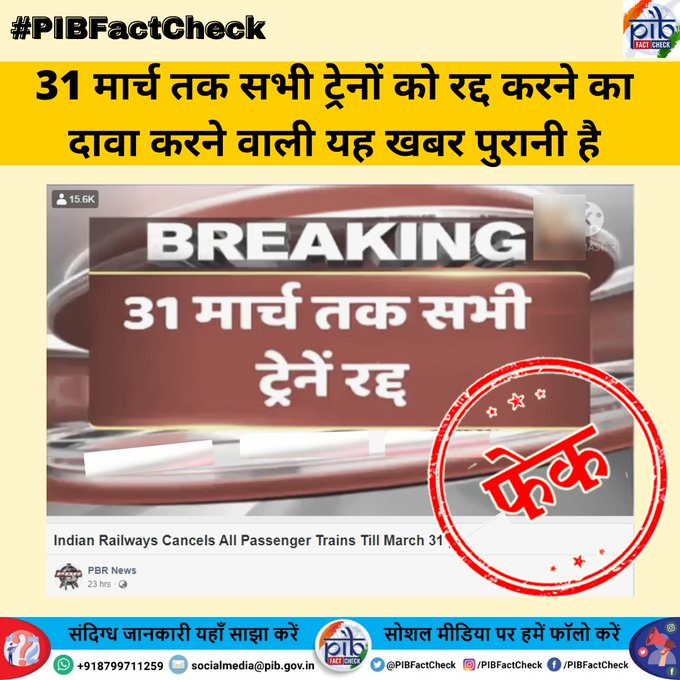 The Ministry of Railways stated that the express trains and suburban trains currently operational as special trains will continue to run.

Meanwhile, the South Central Railway (SCR) zone has extended the periodicity of 30 special trains to various destinations across India till June. 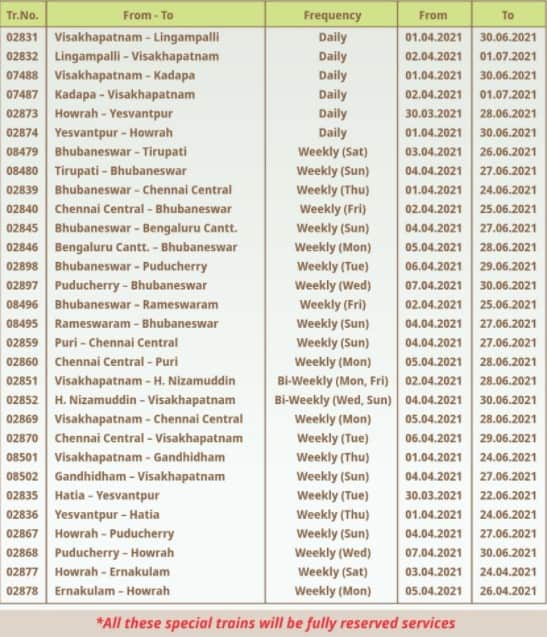 In other news, Union Railways Minister Piyush Goyal has informed that the arch bottom of the Chenab bridge, which is soon going to be the world’s highest Railway bridge, has been completed.

Goyal took to his official Twitter account to share the development. He said, “In a historic moment, the arch bottom of the Chenab bridge has been completed today. Next, the arch upper of the engineering marvel in making will be completed.

“It is all set to be the world’s highest Railway bridge,” the Minister of Railways added…Read more>>