Private WhatsApp numbers, groups are being exposed on Google

WhatsApp and Google take a lot of pride in their security standards.

However, once again, the two internet giants have been embroiled in a matter that raises questions over the privacy of millions of people.

To be specific, a recent report says thousands of private WhatsApp groups are being exposed through Google search.

Here’s all you need to know about it. 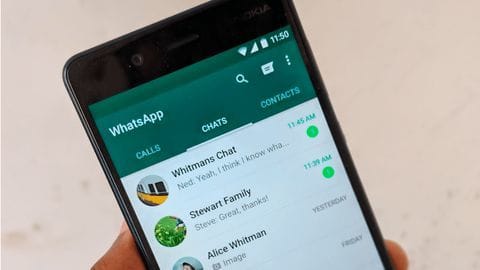 Just recently, DW journalist Jordan Wildon reported on Twitter that WhatsApp group invitations, many of which are supposed to be private, are being indexed by Google.

He found that the links generated through the ‘Invite to group via link’ feature of the messaging service are being indexed, immediately making those groups – and their chats, member phone numbers – available and discoverable online. 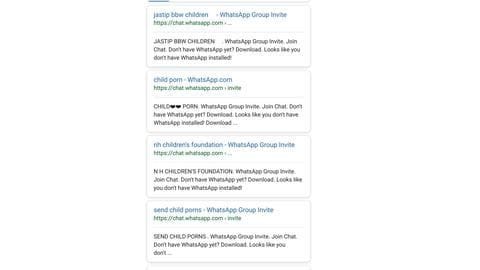 The scale of this problem was such that popular reverse engineer Jane Manchun Wong was able to unearth about 470,000 results for ‘chat.whatsapp.com’ group invite URLs.

Cause
Links being shared in public domain is the main issue

While the issue is concerning and can compromise anyone’s private name, number, and chats on a particular topic, it is not a product bug.

These links being indexed are only those that are shared outside of WhatsApp, in the public domain.

This basically means if your group’s invitation link has been shared publicly, it may have been indexed by Google by now. 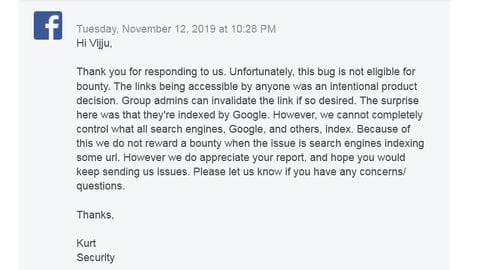 When the issue surfaced, WhatsApp’s parent company Facebook responded by saying that making group links accessible to anyone was an intentional product decision – and the problem is of those links being indexed by Google which they cannot control.

“Like all content that is shared in…public channels, invite links posted publicly on the internet can be found by other WhatsApp users,” the company clarified.

Similarly, Danny Sullivan, Google’s public liaison for search, shielded his company by saying that “search engines like Google & others list pages from the open web. That’s what’s happening here. It’s no different than any case where a site allows URLs to be publicly listed.”